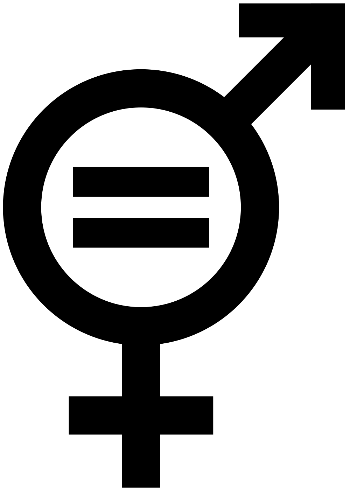 Once upon a time, most folks were taught that sex, gender, and orientation were binary concepts; binary meaning ‘this or that’ ‘one or the other’.  To be sure, most of this teaching was covert; our parents, schools, and institutions of faith may not have explicitly addressed s.g.o., but we got the picture.  Today, the picture is changing. More and more folks are talking about s.g.o. overtly, out-loud; and many find the discussion unsettling. Change can be confusing, and changing the way we think about something as personal as s.g.o. has not been easy and will likely remain a topic of hot debate for some time.  So, in the spirit of sex-positivity, which asserts that knowledge is a necessity, this post will provide some basic information about sex, gender, and orientation that may help to inform whatever thoughts and discussions you have on the topics of s.g.o. in the future.

Let’s begin by creating a common language defining sex, gender, and orientation.   It is important to know that sex, gender and sexual orientation are not the same. For the purposes of this writing, Sex refers to our biology; do our chromosomes and physiological characteristics identify us as a man, woman, or intersex. Gender refers to our concept of self as male, female, a blend of both or neither.  Our experience and expression of gender represent how we see ourselves in relationship to the behaviors, roles, and expectations that define masculinity and femininity in our society.  Sex and gender are most commonly expressed in binary terms like boy/girl, man/woman, masculine/feminine. Orientation refers to our emotional, romantic, and/or sexual attraction to others. Again, we often think of sexual orientation in two categories, homosexual (to describe persons who are attracted to their same sex) and heterosexual (to describe persons attracted to the opposite sex).  Those who experience attraction to same and opposite-sex others may identify as bi-sexual.

In recent years, our society has become increasingly aware and accepting of the reality that sex, gender and orientation are not this or that, one or the other concepts.  Above you saw a third category for sex (intersex) and orientation (bi-sexual).  Did you know that not all bodies come in his or her varieties? That sex (as it refers to our biology) should not be viewed as a binary concept?  The same is true of gender and orientation. In fact, there are a multitude of ways in which human beings experience, describe and express their sexual, gender, and orientation identities.

So there you have it, a primer on sex, gender, and orientation.  Remember, sex (biology), gender identity, gender expression, sexual orientation and sexual behavior are related, but not the same.  Do you have questions?  Great! Let’s talk!